At just 11 years old, Carla is a real promise at her club, Madrid Club de Fútbol Femenino. However, the team she loves is Atleti.

Today she is not the one who plays, but she is in her locker room donning her brand new kit.

She makes her heart skip a beat. It’s the moment. She goes out into the hall in a row, following her companions. The emotion is palpable in the environment. The line stops in the changing room tunnel. White noise background. Murmurs No one would say that on the other side of the wall some 65,000 people are waiting impatiently.

Twenty-two players leave the locker room and take their position in line. Her heart races. Carla looks up. She can’t believe it, next to her is her idol: the player who made her choose soccer over dancing, like her friends. The footballer grabbed her hand and smiled at her. Her heart was beating so hard that she looked like she was going to burst out of her chest.

The line advances. A sea of photographers await you at the exit. And suddenly, light. The maddened crowd. New overturn to the heart. She didn’t know that she could be so nervous.

They come to the center of the field, players and children in formation. She notices hands on her shoulders. She looks up; she sees a smile. The Champions League anthem sounds. 65,000 people chant in unison. She notices a lump in her throat. Her dream comes true.

Somewhere among those thousands of people, Iván, Carla’s father, looks at his daughter with emotion. He knows the illusion that he was doing to her; last night they hardly slept thinking about that moment. He has been holding back the emotion since Carla has taken the field, but now, when he listens to the hymn, he can’t take it anymore, and he notices how the tears run down her cheeks. Among all those people, among all that noise, among all that paraphernalia, she had never felt so close to her daughter. She feels her little heart beating and he doesn’t know it, but his is beating exactly the same rhythm. 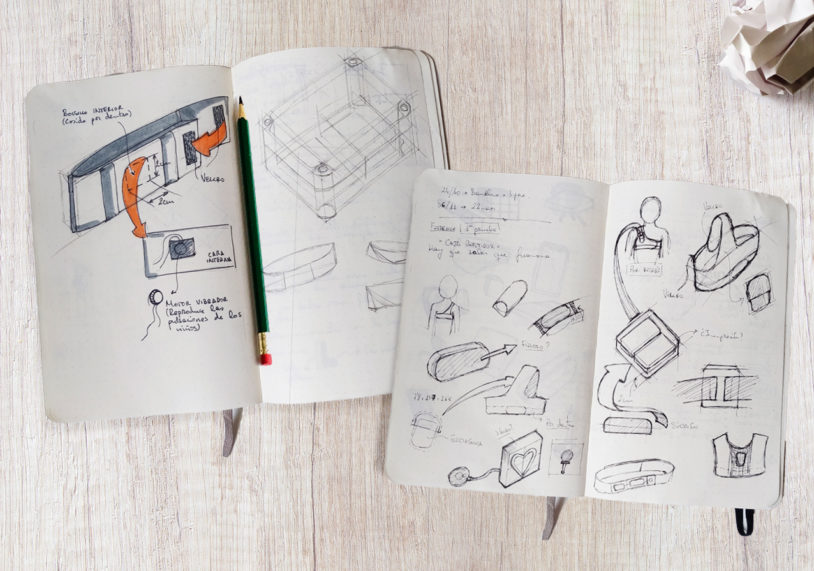 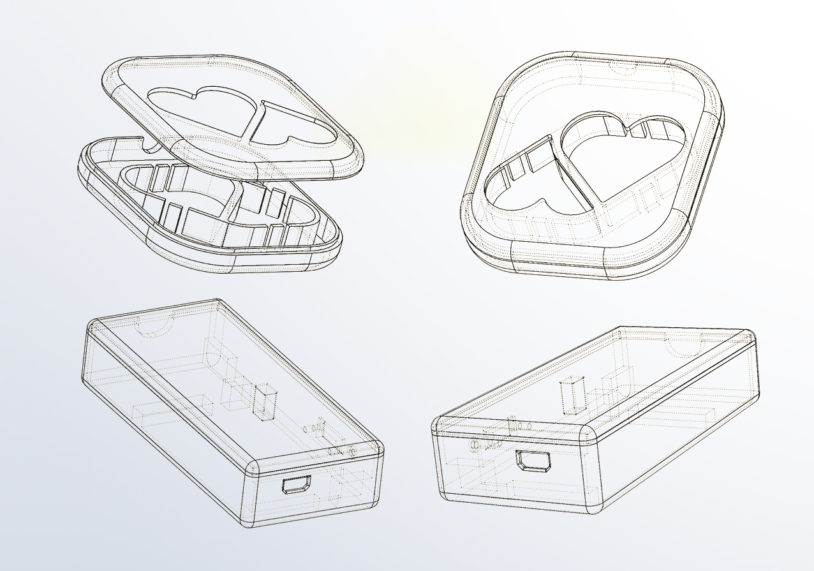 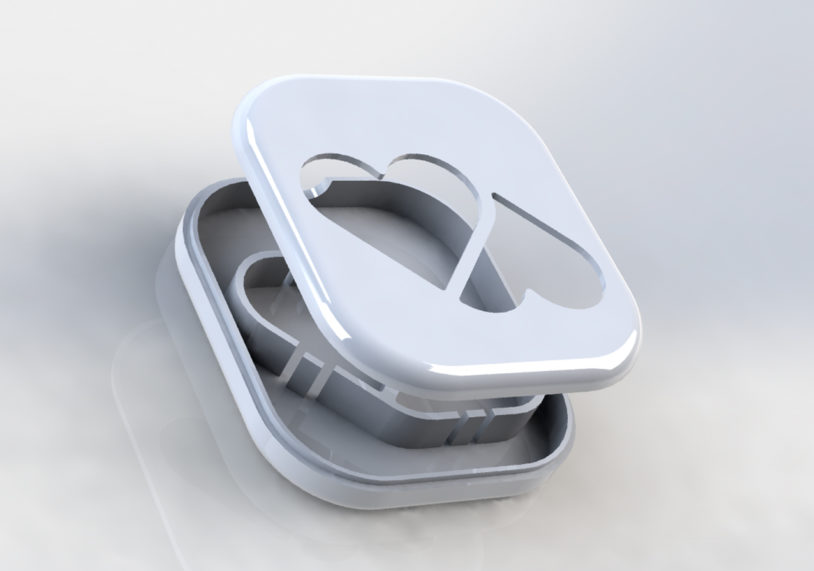 Kit Beats are the devices that make it possible for parents, from the stands, to feel the emotion of their children when they accompany the footballers in the moments before the UEFA Champions League matches («player escorts»).

The children’s device is integrated in a top that they wear under the equipment, and is connected by radio waves with the device of their parents, integrated in a cloth band that they have located on the chest. The magic happens when this band physically reproduces the heartbeats of children in real time, making them visible thanks to a backlit device integrated into the sweatshirt they wear.

Each case is designed ad hoc for the electronics it hosts and are 3D printed using the FDM technique.

LINK TO THE PROJECT